Naomi was eagerly anticipating her birthday celebrations. Good thing there were a few of them!

First is a picture of her birthday dinner.
She picked out everything for the table decorations. 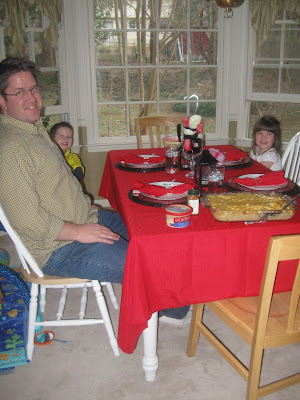 Then a couple of presents were opened... 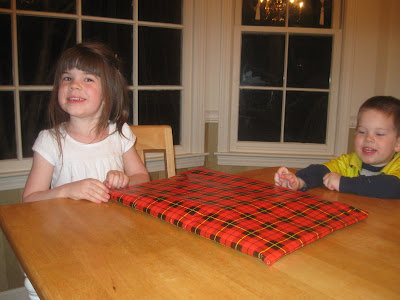 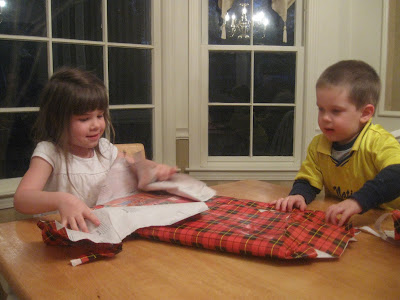 We don't have pictures yet of Grandma and Grandpa Merrell's gift. She opened them while on the webcam with them, so I completely forgot about pictures! They were a super fun doll family and a unicorn music box/jewelry box. I cannot even say how much she has enjoyed them!

This next picture of is Naomi on the phone with Grandma and Grandpa Jones, thanking them for the Shetland-sized unicorn. 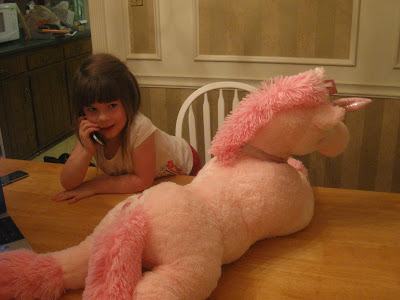 Matt made the cake - a unicorn one at Naomi's request. 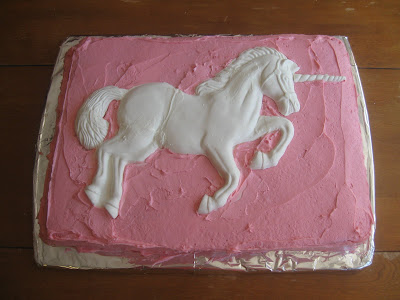 First the kids decorated bags. Then they followed the treasure hunt clues which eventually led them to the back yard, where they discovered and bashed in a pinata (seriously! what a difference from the 3-year olds...these kids beat the daylights out of that thing!) and used the bags for collecting the candy. 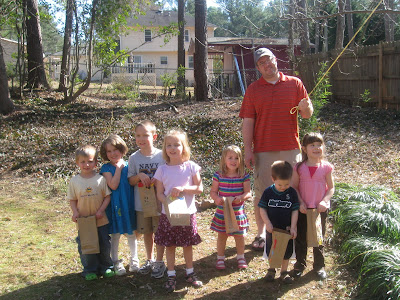 When it broke, it didn't let everything out, so I continued to prod at it until everything came out. The kids didn't seem to notice more candy raining on their heads! 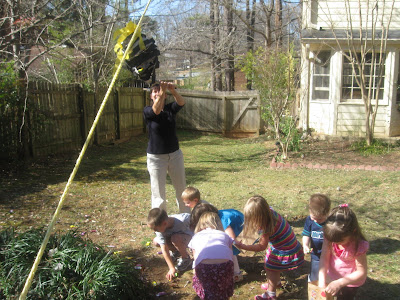 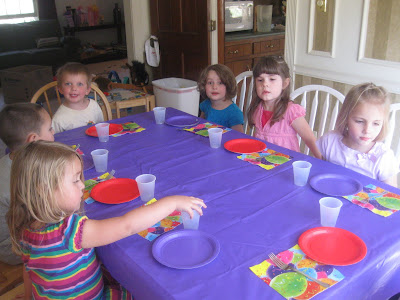 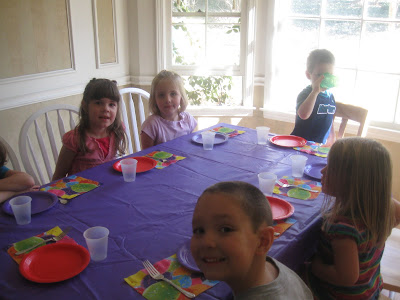 And the party ends with hide-and-seek in the front yard. 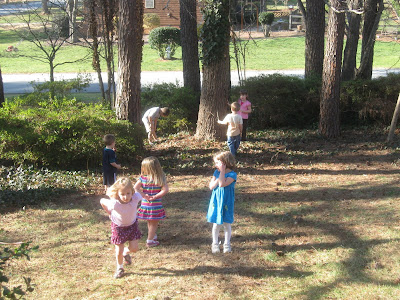 Did Matt seriously make that unicorn on the cake?
Happy Birthday Naomi! Looks like it was fun!

Yes, from a $5 candy mold. So I cheated, but am still proud it turned out so well.