...then we'll move on to February excitement!

January was burn month for us. In fact, there was one specific week that was burn week! Naomi kicked things off by getting her first curling iron burn. She was standing on a stool, messing around while I combed her hair. The curling iron was heating up, and she's usually careful to avoid it. This time, she bumped it with her arm. :( 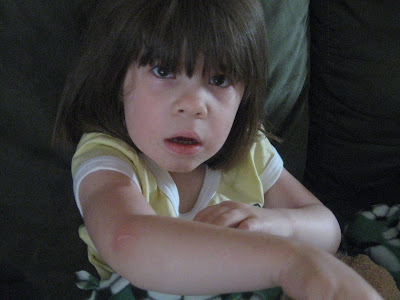 She spent the next hour on the couch with a damp washcloth on the burn, covered by a blanket, playing the fish game. While I was sad to see her in pain, I did occasionally laugh because the girl milked it for all she could! 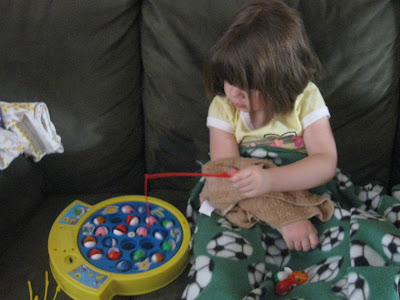 I don't have pictures for the other two, but the next day, I got my own burns. While checking the contents of the crockpot, I dropped the meat and splashed the hot liquid on my face and arms. Luckily, the only place that actually burned was my hand. Phew! Naomi loves seeing injuries, and she was especially fascinated with my burned hand after just having received her own burn. 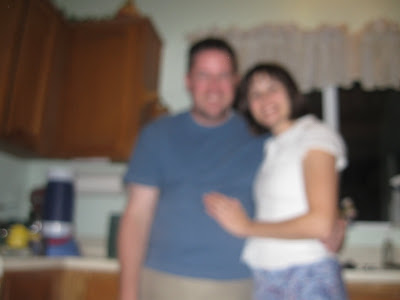 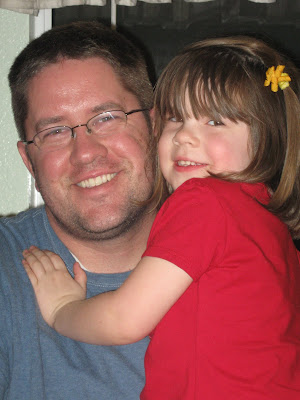 Gabe doesn't seem to get as much attention on the blog, but he's part of everything we do! I sure would miss that kid if he wasn't around. He plays hard, he sleeps hard, and he usually wakes up happy and ready to play hard again! 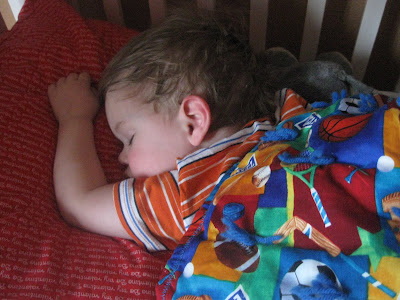 My parents recently started raising goats. While I was growing up, we had chickens, sheep, cows, horses, and probably other random animals I can't currently remember. But I never recall having a goat...

Anyway, the goats heavily influenced our recent trip to Monroe. On the 4 hour drive from the Las Vegas airport to my parent's house, my dad sat in the backseat, squished between the carseats, and entertained my kids with his book about goats. I believe it was a book about caring for goats, so it had lots of pictures of goats with problems, and also pictures of how to take care of those problems. I would have never guessed my kids would look at that for hours! Naomi kept asking to see the pictures of the goat crying and of the goat with the hurt leg.

Around Christmas-time, we read a lot of books about reindeer pulling sleighs. Naomi said, "I bet Grandpa's goat can pull a sleigh!". And then she proceeded to ask him about it every single time she talked to him during December and January. So when we were in Monroe, Dad rigged a pony harness to fit one of the goats and hitched it up to the toboggan. 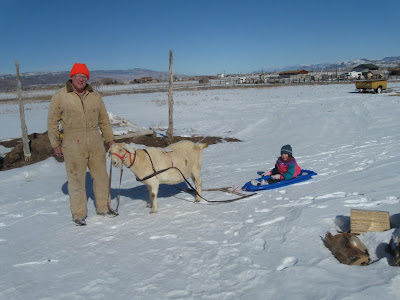 Needless to say, Naomi was thrilled. And didn't want to stop, when it was time to stop. We put the goat back in its pen after awhile, so as to not overtax it. I took a turn pulling the sled, then. Naomi, suspiciously enough, seemed equally happy with ME pulling the sled. Hmmm..... 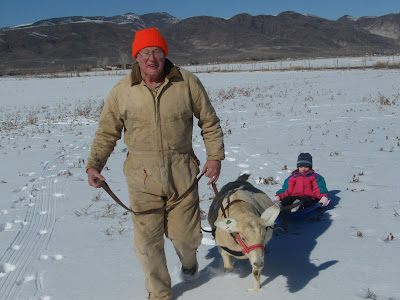 This post was due awhile ago! In January, I took the kids and flew into Las Vegas, where my parents picked us up and trucked us over to Monroe, UT, where I grew up. We spent a fun-filled week in the snow before heading back. And here are some great pictures taken along the way!

The kids wasted no time in recruiting Grandpa Jones to haul them around in the toboggan. Gabe, who didn't enjoy snow at Thanksgiving-time in Idaho, had lots of fun this time around! 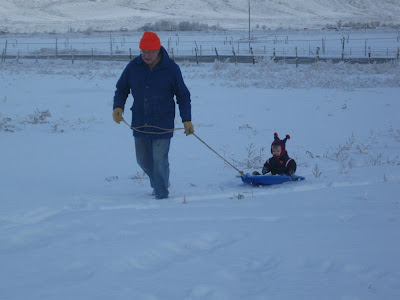 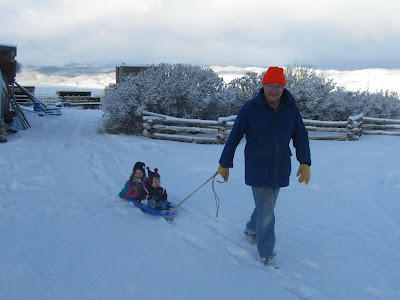 A highlight of visiting the Jones' always includes checking out the cows.
Here Grandpa is trying to get a cow to stick out its tongue. Gabe was fascinated! 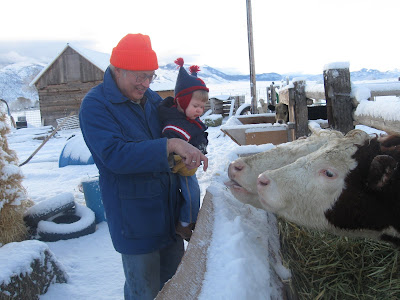 Check out's Gabe's expression in this picture! We pulled some kitchen appliances and furniture out and stripped the wallpaper off. Dad chopped off the bottom of this white cabinet to put it at a better height for their future kitchen makeover. And Gabe was ecstatic about "helping" Grandpa with the power tools! 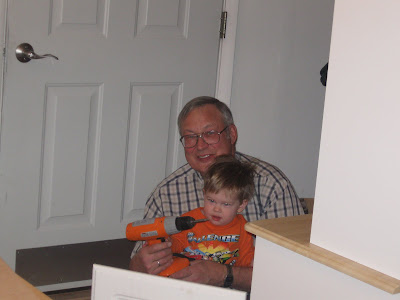 Gabe doesn't discriminate when it comes to chores. He grabbed a broom and helped Grandma with the sweeping. 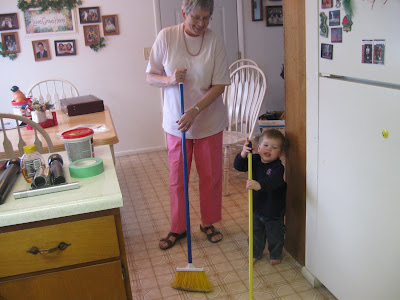 My sister Bethany and her girls came for the weekend. The kids enjoyed some Rice Krispie treats...I'm not sure why they are in their pajamas, though. We're much too intelligent to feed them sugar right before bedtime. Maybe it was breakfast time! 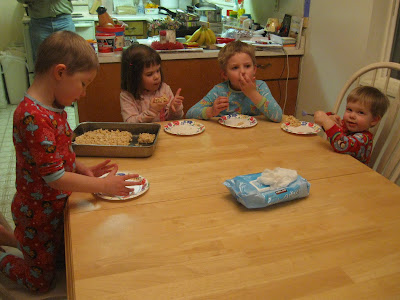 Naomi and I went low-effort with our snowman. We piled up big blocks of snow we found and added one on top for a pirate hat. So it's a pirate snowman! 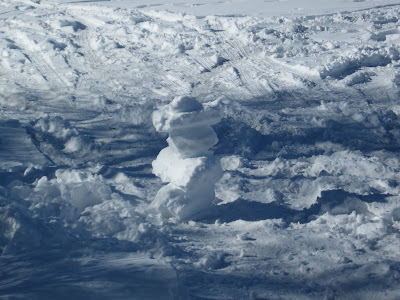 And here's my beautiful mom! 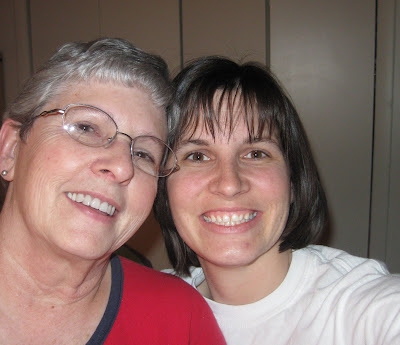 Thanks for a great trip, Mom and Dad! Naomi constantly talks about the trip (STILL...and it's March!) and asks when we will see you again. Hopefully soon!
Posted by Val at 1:25 PM 1 comment: