For the first time in the five years we've been in Tucson, we attended Snowfall at La Encantada (a posh shopping center).

This will seem comical after the actual snowfall recently received in other parts of the country. However, we do live in Tucson, and I want our children to experience snow more than once every few years. So off we headed...

Ooh, the anticipation!
(Notice the sandals and no socks...obviously we weren't expecting MUCH snowfall!) 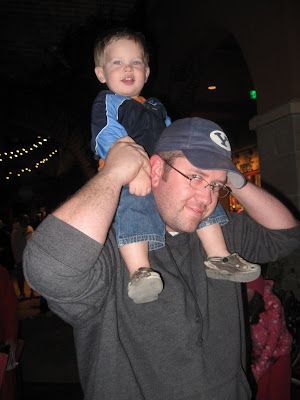 We're excited and scoping out a good area for watching! 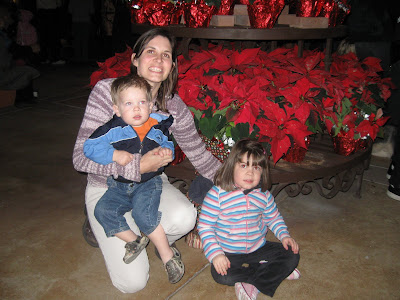 And here it comes!!! Pure magic. 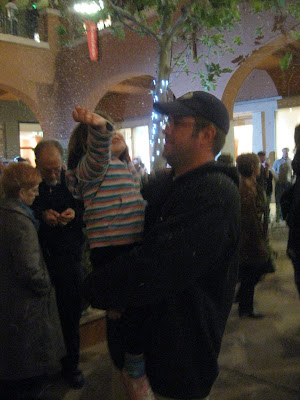 I asked Naomi if she thought she could catch some snow on her tongue. That ended after a lady next to us made a comment about how that was disgusting since the "snow" was really soap bubbles. Whoops!!! I don't know what I expected, but it definitely wasn't soap bubbles! 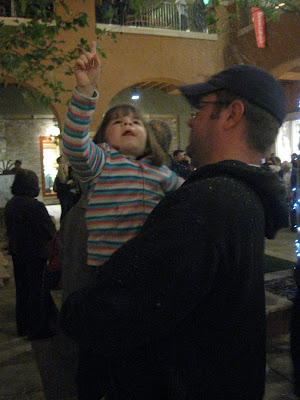 And Naomi ended the evening playing on a turtle
with a few vestiges of the "snowfall" in her hair. 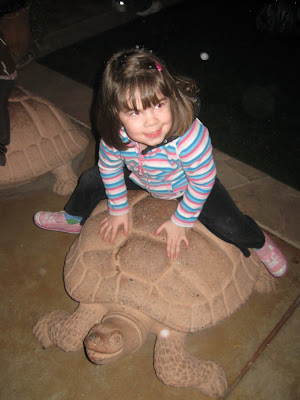 It was something to do, but not nearly as much fun as I expected.

I should have known better...

After all, I grew up in snowy states. With lots of snow play. And snow activities.

Bubbles just didn't quite cut it for me.

The kids had fun, though, and that was the ultimate goal!
Posted by Val at 8:42 PM 1 comment: