Playing at the park 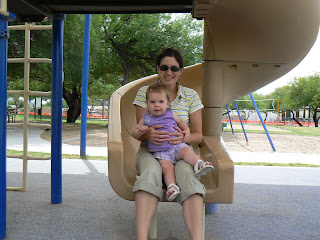 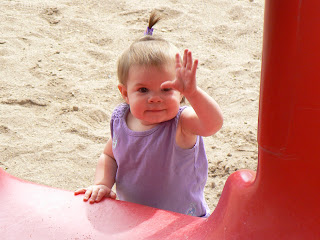 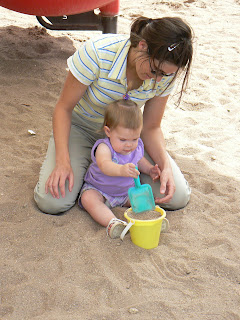 Matt got home early one day last week and we celebrated by heading to the park. Naomi chased birds, played with a little boy (and his shovel and pail!), and signed more, more, more every time she got near the slides or swings. We love dirt!!
Posted by Val at 6:32 PM No comments: 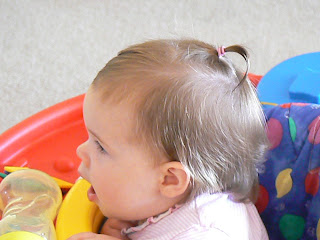 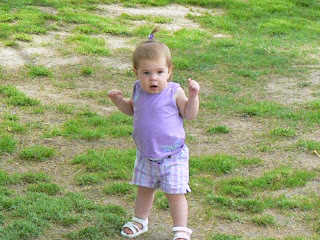 Matt continues to tell me Naomi has a mullet. To detract attention from that, I decided to put Naomi's hair in a ponytail (harder than it sounds - that stuff is so dang wispy!). I was impressed by Jessica's family picture (in which Carolyn's hair was put in two pigtails), but I figured I better start with one and see how that went. So it pretty much looks like a spout coming off the top of her head. And sometimes it just....comes out looking a little worse than the other times!!

Once Naomi discovers that something is on her head, she takes it off immediately so she can examine it and then try to put it back on all by herself. She's definitely still in the sharing phase, because sometimes she tries to put the clip/barrette in Mommy's hair!
Posted by Val at 4:10 PM 1 comment: 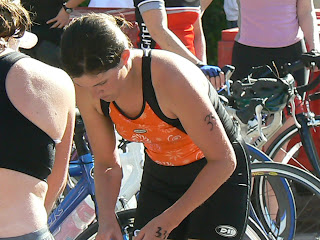 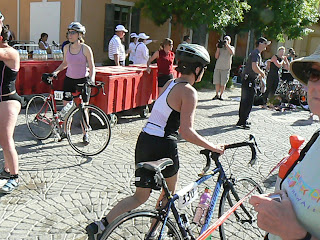 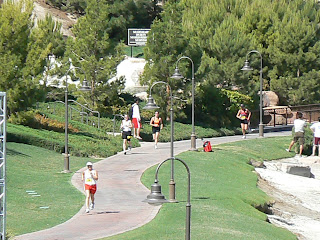 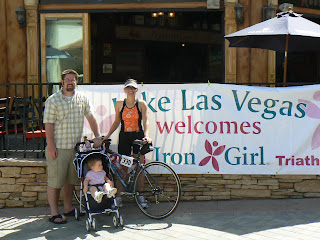 I competed in the Lake Las Vegas Women's sprint triathlon the last weekend in April. It was my first triathlon, and I really enjoyed the challenge. I struggled with the first part of the swim - the water was 10 degrees cooler than the race coordinators had estimated, so it took a little while to calm down in the water. The bike course had lots of long hills but didn't prove to be a problem. The run course ended with a little bit of a downhill slope, and I turned in my best 5K time ever (by quite a bit, actually, meaning I've either been lazy in the past or just really trained well for this event!). I loved the feeling of accomplishing it so much that once I saw my times, I immediately started working on a training plan to better those times. Tune back in during August or September to see pictures from my next triathlon!
Posted by Val at 8:10 AM 1 comment:

Las Vegas and fun with cousins!! 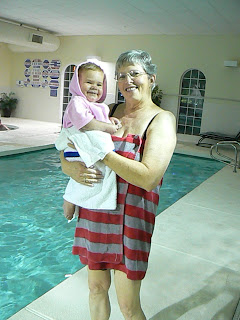 We spent the last weekend in April in Las Vegas with family. My parents were there for the first part, and Matt's family showed up for the second part. We had a great time! We didn't get a ton of pictures...mostly ones with the cousins (Naomi and Nolan). Here are a few... 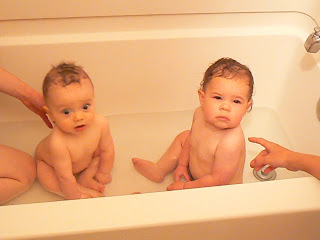 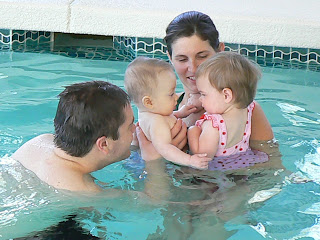 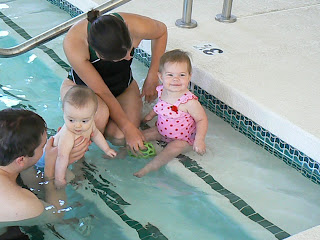